Máire Bríd Mackey who celebrates her Platinum Jubilee on the 21st May;

on the 1st June

and to the following who celebrate their Golden Jubilees on the 2nd  June:

Between 35-40 RSHM and lay friends from Béziers, Upminster, , , Liverpool, Fazakerley, Preston, Barrow, Carlisle, Castlemilk, Penmaenmawr and gathered in Noddfa to explore together their experiences, questions and hopes for the future within the Extended Family movement.  Dolan and Margaret Fielding used Powerpoint to present something of the inspiration and varied ways in which the RSHM EF has been developed in the Provinces and Regions across the Institute.  On Saturday evening Fr Peter Verity from celebrated Sunday Eucharist with us. 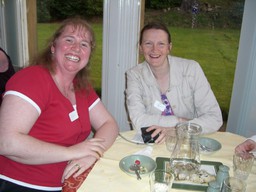 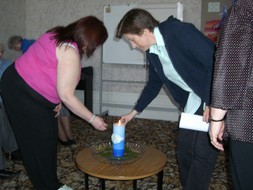 Socialising, praying, “buzzing”, working in small groups, all contributed towards forming friendships, a sense of belonging to something wider, enthusiasm and practical ideas to develop further in localities, areas, across the Province and, indeed, with other Provinces. 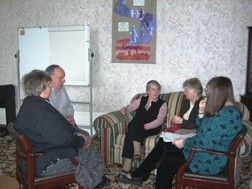 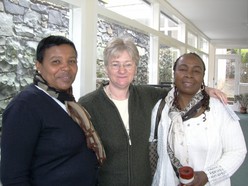 The Core Group, who had so ably guided us through the weekend, have gathered together details and comments.  So watch out for a Bumper Edition of the Extended Family Newsletter.  They will also be working on suggestions regarding (i) the future function of the Core Group, aiming for greater representation, and (ii) the content and distribution of the Newsletter. 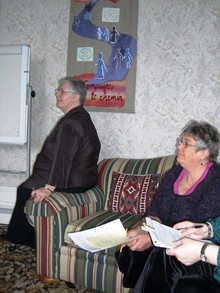 cimg2688
I participated as liaison person from the Provincial Council.  I know all of us felt that this time together was a very worthwhile venture.  Many RSHM and lay friends came up to me to express this.  What stays with me at the moment was the sense of mutuality: the presence, gifts, words and listening of each and every person was invaluable.  At the same time, there was great respect for the different pace and forms of being ‘Extended Family’ both within the group and among those not present.  Many thanks to all who came and to Noddfa for ensuring that we all felt this was ‘our home’. Special thanks to Moira Lever and the Core Group for their generosity, patience and hard work, not least for their willingness to take forward some of the practical suggestions for the next stage.  I came away energised, inspired and hopeful about our call to “be companions on the journey” as Extended Family, “a true family in deed and spirit” as a message from in Skipton described us. 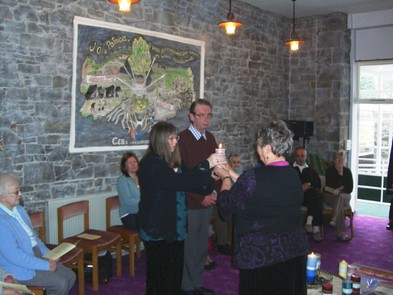 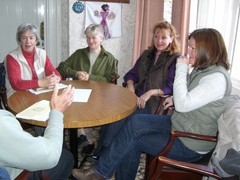 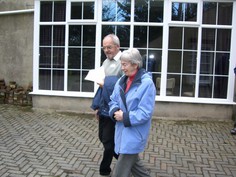 Congratulations to Thérèse Marie Potelle who has been appointed Assistant Director of the National Catechetics and Catechumenate Service, in ,  as from . 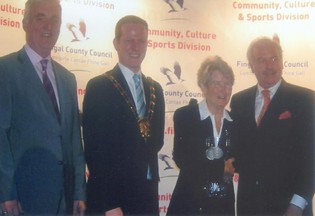 Year 2007” award from Fingal County  Council Dublin.  It is the first time that a  religious sister received this award and it was  richly deserved.  We know that has worked tirelessly over the years for the people in her community of Corduff and we are happy for her that this has been  recognized.

We are very proud of you and we thank you for your long involvement in making life better for so many people.

Once again the ‘Ministry Group’ met in Fazakerley, experiencing the usual warm welcome and joy at being together. Patsy Butler helped us gain some insight into ‘Trafficking of women and children’.  Some facts she gave us were new to us:

Ø      Research shows that paying for sex is more common among men who already have sexual partners.

Ø      Sweden, which until now has had liberal laws concerning prostitution, has now changed its legislation to prosecute those who pay for sex.

The stories and facts that were shared gave rise to a good discussion and then we watched the DVD ‘Fields of Mudan’- a very moving film about child trafficking. (Contact Patsy, if you want more information about this).

We became aware that sex- trafficking is happening ‘right under our nose’ and that we have to take a stand. Patsy used the words of Desmond Tutu, ‘If you are neutral in situations of injustice, you have chosen the side of the oppressor’.

fev-24-entrance-tc-cd
What a great celebration we had on 24 February in the new novitiate in ! The joy of those attending the opening Mass in the morning was obvious, in spite of the torrential rain which was a backdrop to the whole celebration.  There was beautiful singing and dancing, and weaving as a symbol of the involvement and diversity of so many in bringing the vision of the novitiate to reality.

The Bishop, Don Aloisio, reminded all of us and particularly the pre-novices that formation is a constant process in our lives, a slow one in which God walks with us at all times.  After Mass everyone was invited to a wonderful feastday dinner during which we were able to meet some of the friends and colleagues of the RSHM.

In the evening, the pre-novices were received into the novitiate by Sr. Terezinha.   Each expressed through a symbol and a biblical passage her desire to become a novice and to follow Jesus Christ in the Institute of the Sacred Heart of Mary. Then each novice in turn received the Constitutions and a wooden cross symbolizing the journey they were making to follow Jesus more closely and more faithfully.

At both the Mass and the Reception ceremony, there were many sisters present, from almost all the communities in the Brazilian Province, as well as Terezinha from Rome, Sr. Olga Georgina who had followed the process of preparation step by step and had done so much of the practical work involved, and Sr. Loretta Ruvo, a member of the formation community who had until then been absent from the novitiate because of illness and had come especially for the opening and to be with her community for a couple of weeks. I felt privileged to be there also and to have a sense of “mission accomplished”, though the real work of the novitiate is just beginning.

Gough, expressed with great enthusiasm her appreciation of all the cards and messages of congratulation received from the NEP, making the province truly present at this significant Institute event.

Before going to , I spent two weeks visiting the United Nations, learning how Non-Governmental Associations can bring their experience to influence the thinking of the members of the UN before they make their decisions.  I met many of the religious women and men who work collaboratively in this UN ministry.  They are appreciated very much by other NGOs and by many of the UN representatives who realise their importance to the workings of the UN.

The United Nations building is like a small cosmopolitan town and can be very confusing to the visitor or newcomer. However, I had an excellent guide and mentor in Sr. Rita Arthur, our NGO representative.  I was able to sit in on several NGO meetings on various topics, to attend UN discussions on Social Development, especially in regard to the right to decent and dignified work for all, and to be present at the General Assembly when each gave a five-minute presentation on what it is doing to address Climate Change.  The whole experience, including my stay with one of the

communities in , was enriching and enjoyable. 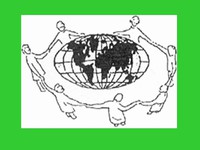 The meeting on 28th March was in .

The next meeting will be October 30th-31st in Noddfa.

A conference on the topic above was organised in by “GOLD” – a branch of the Health Department of CORI.  Sr Gabrielle O’Regan attended the conference where the speakers were Rev. Albert Jewell, Chairman of Methodist Home, and Sr Jean Eason – a Medical Missionary Sister.  The topics covered were: Spiritual Needs of Older People; Sources of Resilience and Resources for Coping; Wellness Philosophy of Ageing rather than Diminishment Philosophy; Universal Healing Salves; Managing Emotions; compassion Meditation.  Excellent handouts were given.  Should anyone like a copy of these, please refer to Philippa.

One important message from the Conference: